In 1524 Sir Henry Farington  gave money for a chantry to Leyland Parish Church. This was a form of trust fund to pay a priest to say regular prayers for Farington after his death. The endowment also set up a school within the church, which was the only one in Leyland at the time. Just over twenty years later chantry masses and prayers were abolished, but money was secured to carry on paying  Thurston Taylor the school master, although at a reduced rate.  The Tudor building that subsequently housed the school was built sometime between 1580 and 1620 in the corner of the churchyard. The hand made red brick exterior is a familiar sight today in Leyland town centre, but the interior is probably from an earlier timber framed and wooden building. 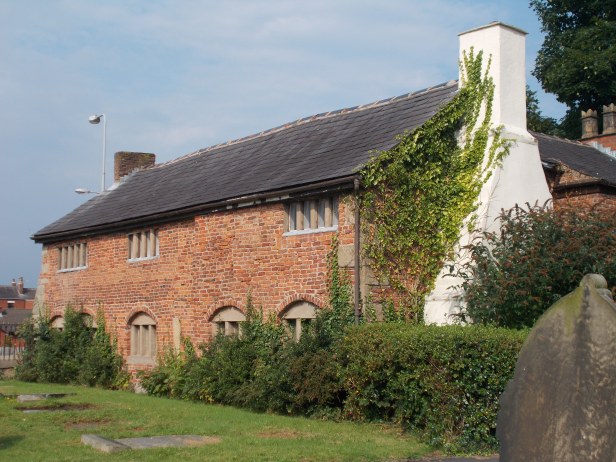 One of the most famous pupils was Dr Richard Kuerden, who went on to be educated at both Oxford and Cambridge. Kuerden was a medical doctor but also a collector of wills, deeds and family papers. He used all this material to create his manuscripts (now held at Chetham’s Library, Manchester) with the hope of  publishing a huge five volume history of Lancashire. In his adult years he had an ongoing connection with the school and is recorded as a governor in 1673. Seven years later he described the school as “newly re- edified … fairly built with brick and handsomly adorned with wyndows“.

Some of the school masters were very long serving. Thomas Moon taught for 60 years and Edward Marsden for 56. Many of the masters are buried in the churchyard and some of their graves can still be seen there today. The quality of the teaching remained high for most of the life of the school, but by the end of the 1700s there began to be some competition from other establishments. In 1770 Samuel Crook opened Moss Side school and local business man Richard Balshaw opened a school in  1782, which continues as Balshaw’s C.E. High School today. 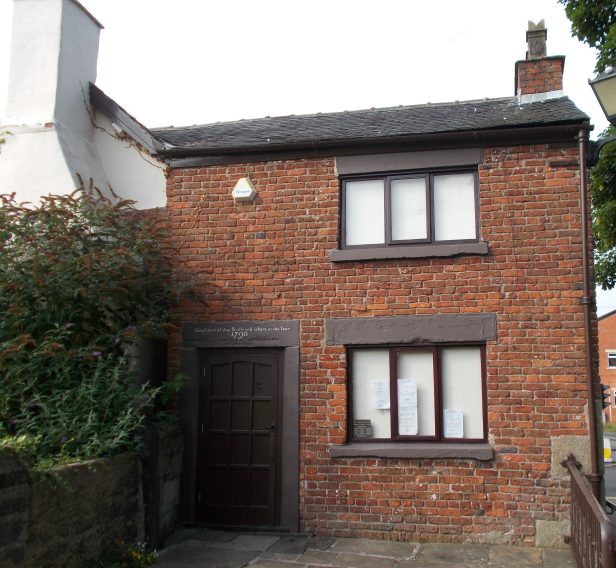 In the reign of King George III a school master’s house was built onto the existing Tudor building. This extension was similar in plan to a weavers cottage. The building looks distinctly different from the Tudor one, and today it’s through here that you enter the modern day museum and exhibition centre. Above the door is inscribed “Gentlemen of this Parish and others in the Year 1790” giving us a clear indication of its funding and date of build. A similar situation occurred at the Old Grammar in Middleton, which also has a Tudor school and later school master’s house (see our page on it here).

By the early 1800s pupil numbers had dwindled and an in 1865  a critical report from the Enquiry Commission stated amongst other things “reading and spelling were not very good…Geography and English grammar were poor “. The writing was on the wall and eleven years later the school closed. The building was bought by John Stanning, a local bleacher, for use as a church hall by             St Andrews Parish Church. It continued in this function into the early 1900s. The school master’s house was rented out as living accommodation, and this was occupied up to the 1950s. 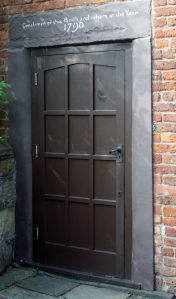 After this date the building was no longer used. A building must have a purpose or soon it will deteriorate, becoming a victim of neglect and vandalism. True to form, this was the fate of the Grammar School. Photographs from the 1970s show a the building in poor repair, with bricked up windows and a sagging roof. There was a very real possibility that it would be demolished and a car park built in its place ! Leyland does not exactly have a surplus of historic buildings from the Tudor period, and local voices raised their concerns.  These concerns turned into real action and the Job Creation Scheme renovated, reroofed and restored  the Grammar School to its former glory. It was reopened in 1977  as the South Ribble Museum and Exhibition Centre. 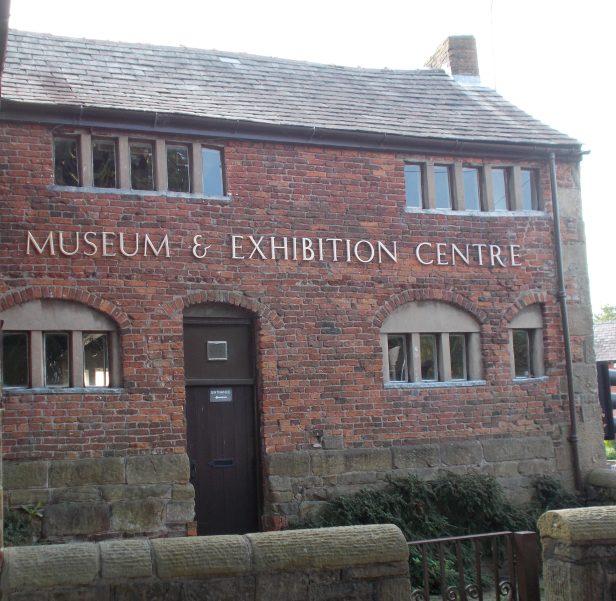 Today the museum has regular temporary exhibitions in the what was the downstairs school room. A programme of  historical talks on South Ribble  take place in this room, the museum’s largest space. There is a large inglenook fireplace and chimney at one end. Grooves can still be seen on the stone fireplace, from years of sharpening slate pencils. Pupils have also left their initials in the oak beams on the ceiling.  In the upstairs three rooms are the permanent museum displays, which have a wealth of artefacts from the area including lots from the first world war. Of particular interest are finds from Roman Walton le Dale  (to see the blog post on this intriguing site click here). The museum’s curator is Dr. David Hunt, who gives regular talks and leads historical walks in the South Ribble area.  The information on this blog post is taken in the main part from his excellent book The History of Leyland and district. To have a good look at the talks programme and what there is available to see at the museum visit the website by clicking here

Parking- there’s ample parking in Leyland Town Centre, nearest is outside the Tesco Extra. The museum is located at the corner of St Andrew’s Churchyard

Nearby, just a short distance away Leyland Town Cross and Well,       Worden Hall and  Worden Park Icehouse and Folly Arch

The History of Leyland and district,  David Hunt (1990), Carnegie Press